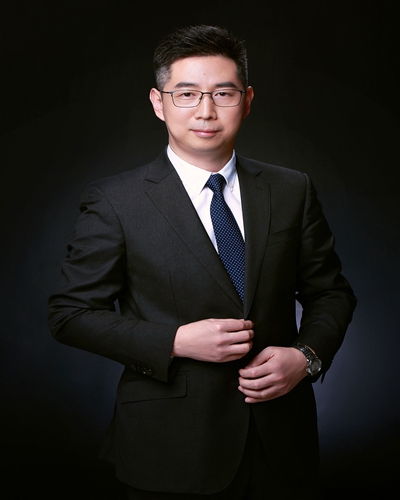 Dai Zheng is a partner at AllBright Law Offices in Taiyuan. His practice areas include banking and finance, corporate, mergers and acquisitions, and infrastructure.

Mr. Dai has advised on many of the public utility BOT projects in the City of Taiyuan. As retained legal counsel for the Taiyuan government financing platform company, he participated in a large number of investment and financing projects for infrastructure and public utilities in Taiyuan. He has also been involved with many notable infrastructure bond issuances in the region.

Before joining AllBright in 2012, Mr. Dai worked as a lawyer and he also founded his own law firm.

Some of Mr. Dai's published papers include:Essential Attributes of a Lawyer issued in the proceedings of the Fifth China Lawyer Forum;Research on Legal Issues concerning the Establishment of a Group of Companies (thesis for master’s degree);Chinese Lawyers with Heavy Responsibilities and a Long Way to Go published in Chinese Lawyer;Reflections and Forethoughts on the Thirty Years of the Construction of Legal System in China’s Countryside published in the proceedings of the forum on the construction of Chinese legal system in the new socialist countryside organized by the Kuomintang Revolutionary Committee;Promoting the Merger and Restructuring of Enterprises under the Supervision and Administration of the Provincial State-owned Assets Supervisory and Administration Commissions by Seizing the Opportunity of Issuing Corporate Bonds andInterpretations on the Spirit of the Document concerning the Merger and Restructuring of the Coking Industry published in the journal of State-owned Assets in Shanxi. He has also compiled the following volumes:The Handbook of Knowledge on Limited Partnership Private Equity Funds andResearch on the Merger and Restructuring of the Coking Industry in Shanxi Province.

Mr. Dai was named an advanced lawyer by the Department of Justice of Shanxi Province in 2006; he was awarded the honorary titles of “Excellent Party Member of Taiyuan Committee of the Kuomintang Revolutionary Committee”, “Advanced Individual in Participation in and Deliberation of Political Affairs”, and “Advanced Individual of the Provincial Committee of the Revolutionary Committee of Kuomintang in Grass-roots Work in the Years of 2007-2011”; he was chosen as one of “Top 10 Outstanding Young Lawyers in Taiyuan” by Taiyuan Municipal Justice Bureau in 2011.

Mr. Dai graduated from Shanxi University with a degree in chemistry in 1996 and obtained his LL.B. from the Shanxi University School of Law in 2005. He has also completed coursework on property rights, micro-finance, independent directorship, and private placements. These courses were sponsored by well-known institutions such as the People’s Bank of China, the China Securities Regulatory Commission, and Tsinghua University.

Mr. Dai is a practicing lawyer in China. His working languages are Mandarin and English.