Under the current economic and legal environment, in the normal operation and management of companies, compliance has been generally accepted and implemented as an important measurement for corporate governance. However, investment operators still do not pay enough attention to company liquidation compliance, and lack the necessary legal awareness of liquidation compliance.

When the business purpose of a company is achieved, or the operating conditions are poor, the company is usually shelved or cancelled without legal liquidation. However, there are also compliance requirements in company liquidations.

In accordance with the Company Law and the Provisions of the Supreme People’s Court on Several Issues Concerning the Application of the Company Law of the People’s Republic of China (II) (Judicial Interpretation of Company Law II), shareholders of limited liability companies, directors and controlling shareholders of companies limited by shares, and actual controllers are the obligors of company liquidations, and they cannot be exempted from liquidation obligations on the grounds that they are not actual controllers, or do not actually participate in the operation and management of the companies. 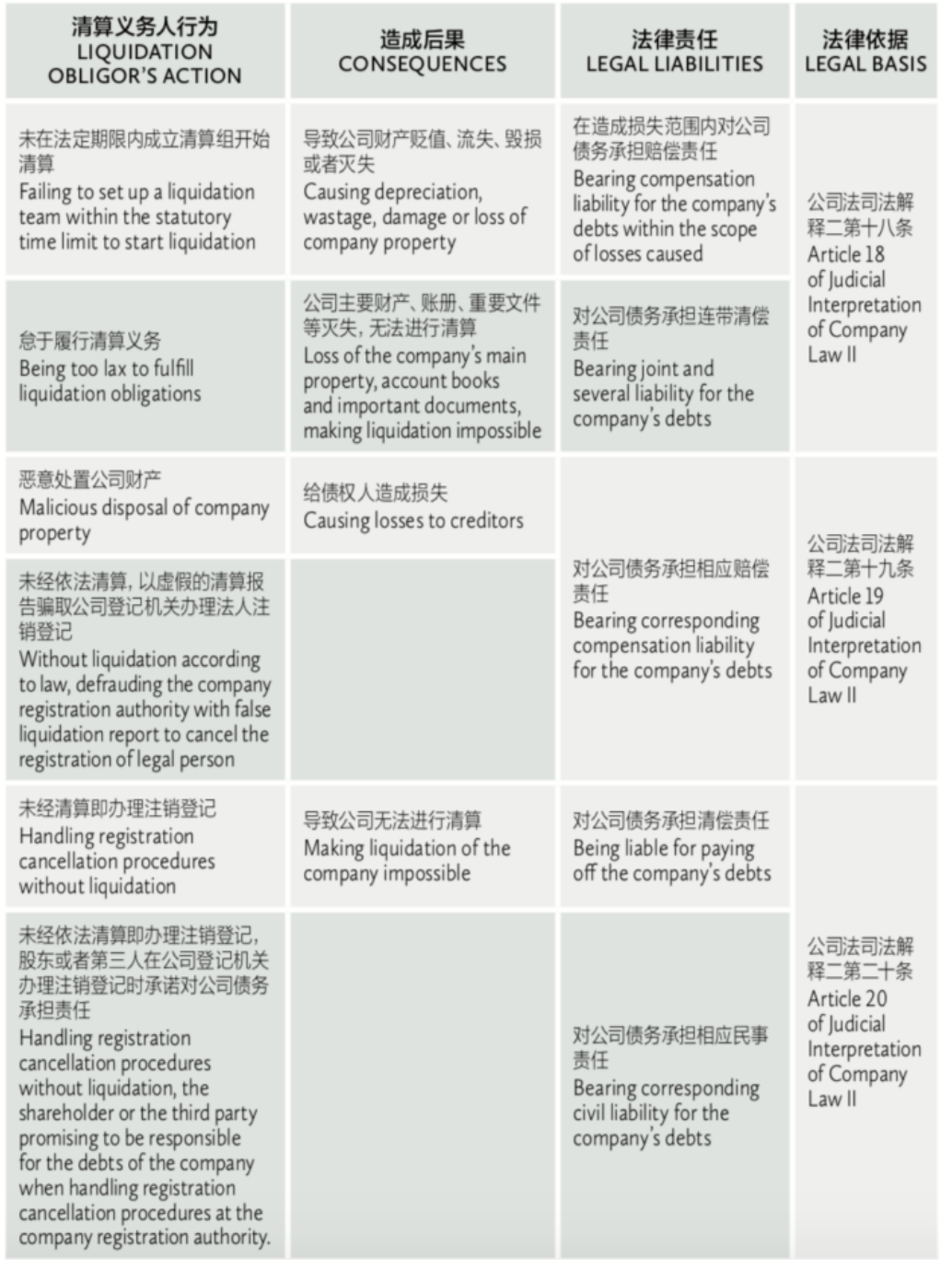 When the company and/or shareholders have liquidation demands, they can reasonably choose a liquidation path according to the specific situation of the company so as to achieve the purpose of compliant liquidation without increasing additional economic and legal burdens.

When the company’s financial situation is normal, usually the assets are greater than or equal to liabilities, that is, when the owner’s equity is greater than or equal to zero, dissolution liquidation can be carried out. If the company’s financial situation is abnormal, and the debts due cannot be paid off, and the assets are insufficient to pay off all debts, or the company is obviously insolvent, bankruptcy liquidation shall be carried out according to law.

Do you know the Customs transaction value valuation method？