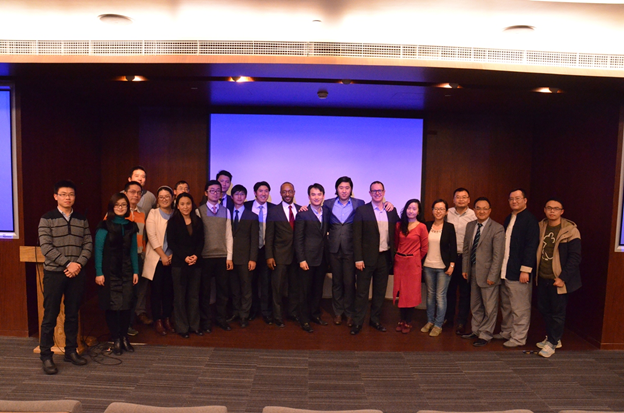 The forum was hosted by Lawyer Leo Zheng's team from ALLBRIGHT and attracted the attention of all parties in the film, television, finance, and legal industries. The forum was hosted by Mr. Luo Zhen, the director of Ping An Property & Casualty Insurance Co Ltd., lawyer Chen Naiwei, a senior partner of ALLBRIGHT, represented ALLBRIGHT and delivered a speech. Lu Wei, the producer of "Monkey King: Hero Is Back" and the founder and CEO of Sky City Animation Film Studio, Jeff Chao and Simon Huang, the executive partners of Kirin Film Fund, Ding Sijie, the director of Culture and Art Insurance Products in Ping An Property & Casualty Insurance Co Ltd., Justin Begnuad, the member of Producers Guild of America, International Film and Television Union, Academy of Television Arts and Sciences, Independent Producer , Financing consultant, co-founder of Global Film Group film and television production company and lawyer Leo Zheng, the partner of ALLBRIGHT, attended the forum and gave wonderful speeches on Sino-foreign co-productions, completion guarantee and their respective characteristics. The forum also received live interviews and reports from TV media such as Oriental Finance.

AllBright Lawyer Appointed as one of the Speakers for CWTO Conference