Brazil is the largest country in South America, and the fifth largest country in the world.  Brazil is rich in natural resources, has complete industrial bases, and takes prominent agricultural position. Brazil's GDP is the first in South America, and Brazil is the seventh largest economy in the world. Be entrusted by the government, the Ministry of Agriculture, Livestock and Food Supply, Ministry of Foreign Affairs, as well as the Brazilian Trade and Investment Promotion Agency jointly organized Brazilian entrepreneurs Asian delegation, and visited China. The delegation was led by Brazilian Minister of Agriculture, Mr. Maggie and the Ambassador of Embassy of Brazil to China, Mr. Caramuru Paiva. About 25 Brazilian companies and agriculture organizations joined the events. Many Chinese politicians, business leaders and entrepreneurs attended the meeting also. 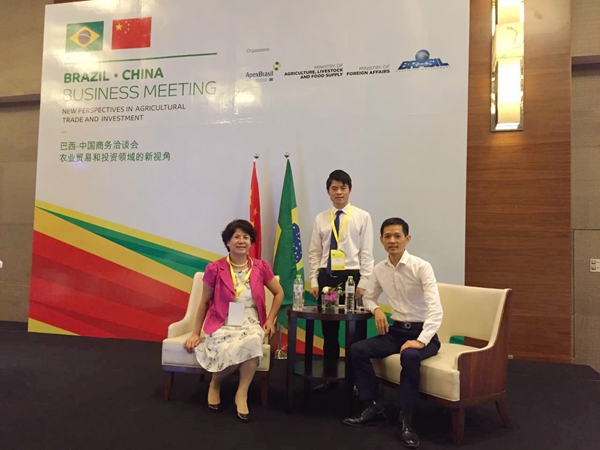