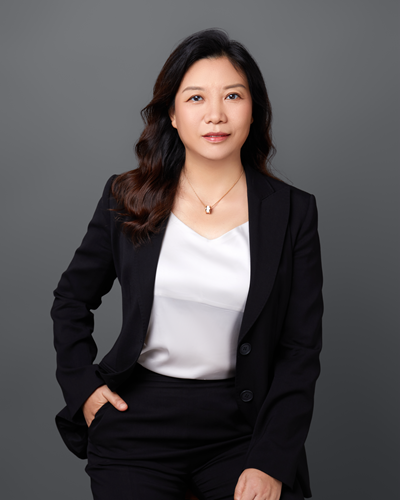 Jennifer Wang is a partner at AllBright Law Offices in Shanghai. Her practice areas include corporate investment and financing, securities and capital markets, mergers and acquisitions, and reorganizations.

Ms. Wang has provided legal services for direct and indirect investment and financing projects for dozens of Chinese and foreign-invested enterprises, including those services regarding the establishment of new companies, domestic and overseas As, restructuring and asset restructuring, domestic and overseas IPOs. She has provided legal services for a number of foreign investment organizations’ As in China and advised on the shareholding reforms of dozens of enterprises. She has also represented several companies in their IPO projects and on the equity transfer projects of listed companies.

Ms. Wang also handles financial loans, asset restructuring and bad assets for banks and asset management companies, and has provided trust-oriented legal services to some trust companies. In addition, she also acts as the retained legal counsel for many foreign-invested companies and provides legal services for their daily operations, human resources management, financial arrangements and so on. Ms. Wang has also been focusing on mining and energy laws and has garnered unique experience in this field. She has provided legal services to many mining and energy enterprises in the acquisition of mining rights, restructuring and reorganization, coal-electricity joint operations and A projects.

Before joining AllBright, Ms. Wang worked as an intern and professional lawyer in an Australian law firm, a UK law firm and at another Shanghai law firm.

Minority Interest Relief Systems of UK and China,Stakeholder Theory for UK Companies, Disposal of Mining Rights in the Shareholding Reform of State-owned Mining Enterprises, Legal Due Diligence in Corporate As,Legal Issues Regarding Foreign A of Chinese State-owned Enterprises,

REITs in Europe,What Can China Learn from the Granting and Transfer Systems of Mining Rights in Austria?

Ms. Wang has been recognized as one of theTop Ten Outstanding Lawyers of Pudong New Area 2008-2009 and was nominated forOutstanding Women Lawyers of Shanghai Municipality 2010.

Ms. Wang obtained an LL.B. in International Economic Law from Fudan University Law School in 1997, and an LL.M. in International Commercial Law from University of Manchester, UK in 2001; during February – June 2010, she participated in a Sino-Australian legal profession development project in Australia; during February – May 2012, she stayed at University of California – Berkeley as a visiting researcher; in June 2012, she obtained an S.J.D. from Shanghai Jiao Tong University.

Ms. Wang is a practicing lawyer in China. Her working languages are Mandarin and English. "