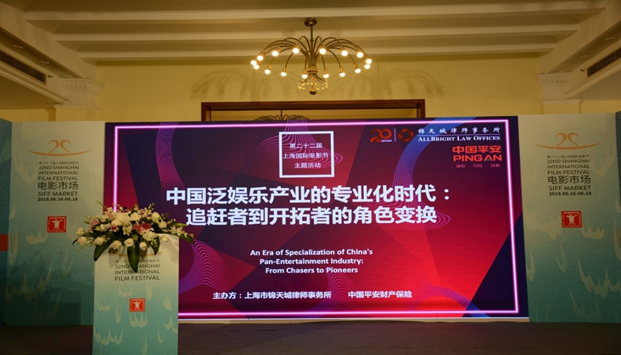 The forum was addressed by Professor Gu Gongyun, Director of ALLBRIGHT, and Professor Li Zhenlin, dean of the School of Film and Television of Shanghai Theater Academy. Director Gu introduced ALLBRIGHT 's legal team and entertainment law services: the team of ALLBRIGHT’s entertainment law is led by senior expert lawyers, focusing on film and television dramas, shows, music, games, animation and prepares to provide professional, high-quality and efficient legal services. ALLBRIGHT has served clients in the cultural and entertainment industry including film and television producers, investors, practitioners, and internet companies. ALLBRIGHT adheres to a systematic and process-oriented service concept, and integrates a series of common processes such as creative planning, financing, shooting, publicity, distribution, screening, and box office management, which are common in the film and television entertainment industry, into a standardized legal service framework in a rapidly changing business environment. To provide customers with customized services based on standards and proactively resolve legal issues, ALLBRIGHT hopes that every customer can make great progress in the industry without worries. At the same time, Director Gu made a brief analysis of the current status of the pan-entertainment industry and believed that the development of the China’s film market is maturing, but there are many new problems that still need to be solved by professionals. Finally, Director Gu Gongyun summed up his outlook: I hope that this forum can bring new ideas and thoughts to the entertainment industry, enhance the industry's ability to promote, seize the opportunity of changing the world, build up its own cultural brand, and make a useful contribution to promote the development of the industry. 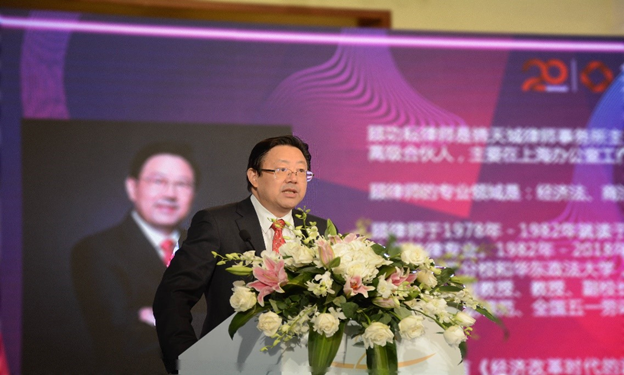 Professor Li Zhenlin, from the School of Film and Television of Shanghai Theater Academy, emphasized on the industry leading position of Shanghai Theater Academy (as one of the three major colleges in China, the number of star talent it trains is also one-thirds of the country), including the purpose of running a school, talent training, and enterprises in terms of cooperation, etc., He said, we have been worried in the crisis of the film and television entertainment industry in the past years, and we look forward to taking the power of law and finance to turn "crisis" into "opportunity" and take it into a new stage.

This theme activity is mainly composed of three parts, which are divided into two rounds of keynote speeches and a round-table discussion. There were three speakers in the first round. Guest Mr. Ding Sijie from Ping An Group of China shared his observations under the title "Chinese Insurance Companies’ Participation in the Localization Exploration of Completion Guarantee". After describing the current status of the film and television industry with specific data, he explained the development of completion guarantee history and possible future directions in China. Guest Mr. Zhao, Shuyuan from a Hong Kong listed company called “Digital Domain”. He showed that the recent visual technology is widely used by the Hollywood film industry under the title of "The Development of Film Technology and the Transformation of Chinese Film", and discussed the impact of the new technology on the film and television industry with the audience. Guest Mr. Xiao Bo, a senior partner of ALLBRIGHT, introduced the relevant laws and regulations on tax issues in the film and television industry in China under the theme of "Financial and Tax Issues and Risk Prevention and Control in the Film and Television Industry". He also compared the tax environment and tax regulations at home and abroad. He believed that the development of tax transparency and anti-avoidance rules is the general trend. Film and television industry practitioners should no longer have the chance to blame the law or expect support from the government. They should, instead, change perceptions and take a correct look at taxes. 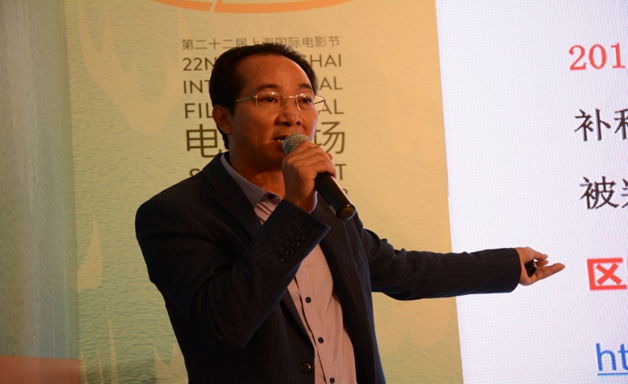 After the first round of keynote speeches, Mr. Zheng Jianjun, a senior partner of ALLBRIGHT, hosted the roundtable discussion on "the Time for Chinese-style Completion Guarantee". The guests including aforesaid guests, Ms. Mizi, the only Chinese producer twice nominated for the Oscar Academy Award, also a scriptwriter and director,  Dr. Ye Fang, senior partner from ALLBRIGHT, Mr. Marrten, the international advisor from Fintage, a box office revenue management company, joined the discussion, and they discussed the role of completion guarantee and its application in China. 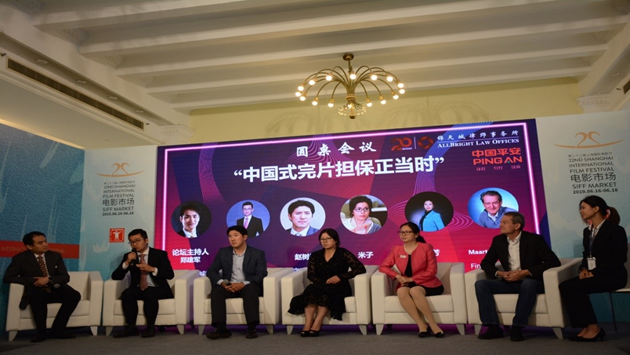 Keynote speakers in the second round, senior partner Ding Hua of ALLBRIGHT, gave a speech on "Culture and Entertainment Sports Merchandising Rights Development, Utilization and Protection". He combined the image of the role of sports with  the entertainment project, program name, props, scenes, signs, the plot, as well as the names of sports events, logos, live photos, trophies, awards, athletes' images and names, analyzing the current development process, protection status, and future prospects of commercialization rights in China from the perspective of development and production. 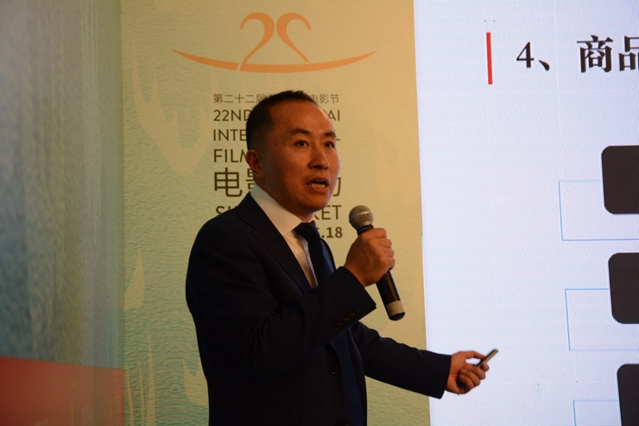 Attorney Wu Wei, a senior partner of Llinks Law Office (arbitrator of the International Sports Arbitration Court), analyzed the "Sports Stars Crossover – Boundary Issues in the Integration of Entertainment and Sports Law". He specifically summarized the issues as "sources and reservations of rights in cross-border activities", "conflicts in the development of athletes' commercial rights", "prevention of conflicts in commercial rights", and "selection of dispute resolution methods". Guest Dr. Wan Jiang, a lawyer from Global Law Office (formerly worked for the National Development and Reform Commission, and was assigned to work as an intern at the European Commission for Competition and the Irish Competition Authority). His speech "Film Distribution, Professional Sports League and E-sports Platform from the Perspective of Antitrust" used through detailed domestic and foreign cases (such as Interstate Circuit Inc. v. United States in the United States, the Paramount case in the United States, Cartage v. Finnish Basketball League, and the administrative monopoly case in the futsal league under Chinese law. He has sorted out a logical main line of antitrust law in three areas, and explained the practice of antitrust law in detail, enabling listeners to grasp the antitrust law from the perspective of macro and micro.

The forum ended successfully in a harmonious atmosphere, and the guests at the meeting praised the forum highly.